In 2016, a new continent surfaced far to the mainland's west, but the launch of Great Kourend and Zeah wasn't without criticism.

It was widely noted that the continent lacked quests, lore and other narrative content. This has since been remedied by introducing rich stories about its characters, adding quests which dig into the history of the houses of Kourend, remapping the environment, unearthing the ruins of Forthos and opening the path to the Kebos Lowlands.

The Great Kourend quest series will continue in early 2021 with A Kingdom Divided, in which you can expect to uncover even more about Kourend's dark history. But before then, we want to offer you some new interactive world-building content.

Gielinor's story is rich and vibrant. It spans thousands of years, has born witness to countless massive battles and the rise and fall of gods, heroes, villains, kings and queens. There are epics a-plenty, but among those are stories of everyday folk. The people doing the battling, worshipping the gods, and falling victim to the violence. Ordinary characters living in this extraordinary fantasy world. And that's where we wish to begin with the first of the Twisted Tales.

As discussed in a previous Gazette, Twisted Tales are short standalone quests in which players will meet new characters, explore new mysteries, and learn more about the regions of Kourend and Kebos.

Getting Ahead is the first Twisted Tale. In this short quest, players encounter Gordon and Mary, two troubled farmers (farming does seem to rank high on the list of most troublesome professions in Gielinor!) who ask that you bring back the head of the beast that has been terrorising their land. However, things become complicated when the beast turns out to be headless... 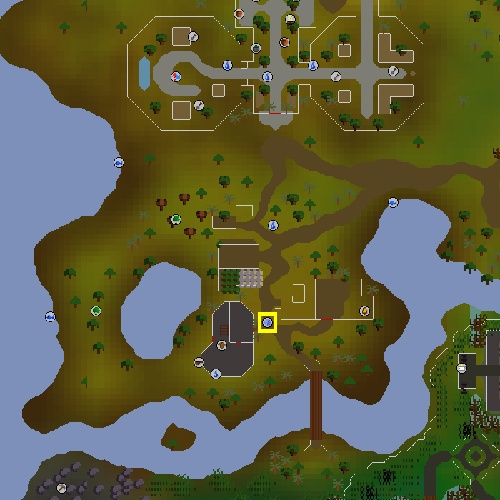 This week sees the addition of the Revenant Cave Changes. Here we'll give a summary of the changes, but we'd recommend checking last week's newspost for an in-depth explanation of what's new. You can find the post right here.

The Revenants have been redistributed all throughout the caves. Now that theyre roaming free, itll be harder for unscrupulous types to stop other players from accessing them. In the future, we may add even more revenant spawns although that all depends on whether players feel thats a necessary step.

Oldschool Runescape removed multi-way combat in the caves and replaced it with what we're calling 'singles plus'. As you know, in normal parts of the Wilderness, players who are attacked by an NPC are not attackable by other players. This is great when its used legitimately, but it causes issues when players run into a field of NPCs and box them in an attempt to escape a PK. The plus in singles plus is how we plan to solve this issue. Put simply, PvP combat will always take priority in the Revenant Caves. In all other aspects, the usual single-way combat mechanics would still apply.

Oldschool Runescape added the PvP World Timer to the Revenant Caves. Here's an example of how a typical combat scenario might work in conjunction with the singles plus mechanic: Player A is attacking a revenant. Player B comes along and attempts to attack Player A. With singles plus enabled, the revenant loses interest in Player A and stops attacking. This means that Player A can now attack Player B. If Players A and B stop fighting each other, then other players could then attack Player A instead, but they would need to wait 10 seconds before they were able to do so.

OSRS made changes to the loot tables of revenants. They also reduced the impact that being 'Skulled' has on your loot chances.

OSRS rehomed the various non-revenant monsters in the caves to a new home of their own. This new cave can be found south of Larran's Chest and north-west of Venenatis. This multi-way combat dungeon is much more spacious, and leaves us room to expand the Wilderness Slayer task list in future. All the creatures in the new dungeon will have a boosted chance to drop Larrans Keys, so theyre well worth hunting down.